Short review: A more difficult Zelda style game where the hero uses a yo-yo as a weapon.  The story, sound, control, difficulty, lengh, graphics are all in the top 5 on the entire system.  This is a game that deserves more praise than it gets.

When I turned on the game for the first time I noticed there were already 2 saved games and each player had beaten the game.  One was LMH (my brother Luke) and the other was JBY (my cousin Jamie).  I figured that since both had beaten the game as kids I would breeze right through, I was wrong.

Startropics appears to be an open world game like Zelda but it actually is rather linear.  I never was lost trying to figure out what to do next but I often got stuck and had to play the same level over for weeks at a time.

The game is broken up into 8 chapters similar to the 8 dungeons in Zelda. Each chapter starts you off near a town where you speak to the people and learn of a problem that needs solving.  As you solve the problem (which always involves you going through a dungeon) for the town you learn a clue as to the whereabouts of your missing uncle.  To me, Startropics is more rewarding and complete than Zelda as there is actually a story that unfolds and has some twists and turns along the way.

As a kid I rented the game one Friday night and was stuck at a spot where the robot captain of my submarine needed specific coordinates to continue.  My mom and me searched every square of the game looking for the coordinates but never found them.  It wasn’t until much later I learned that the game came with a piece of paper in the manual that must be submerged in water to reveal the coordinates.  Thankfully each game used the same coordinates so a simple internet search allowed me to pass that part this time around.

Instead of a sword, your weapon is a yo-yo which is essentially the same thing…you hit B and the yo-yo shoots out in front of you about the same distance as a sword.  As you progress you earn powerups to your yo-yo that make it stronger and increase the range.

Do not be fooled, as laid back as the game makes you feel with its caribbean music you will cuss and scream and get hung up more than once.  The game is full of hard enemies and secret passages that will cause you a lot of grief as you try to learn your way around.

Some of the memorable parts of the game include the alien spaceship, the level inside a whale after you are swallowed and the time you have to play a piano to unlock a door.  Unlike most NES games this one has a satisfying ending, a conclusion to the story and a nice animated slide show.

This is a top 5 game on the system and should be experienced by anyone who has an interest in retro gaming. 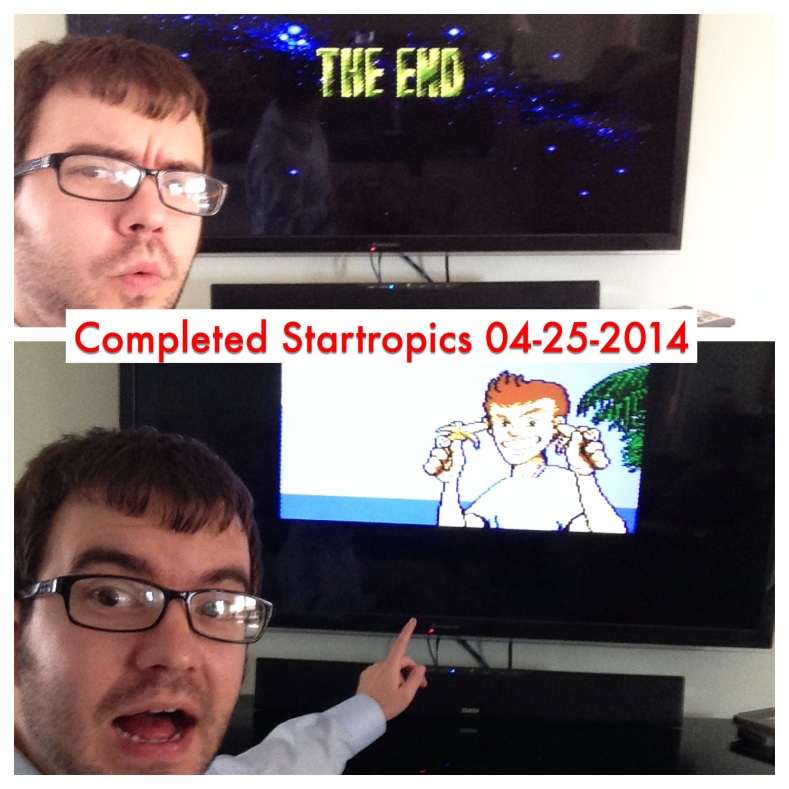